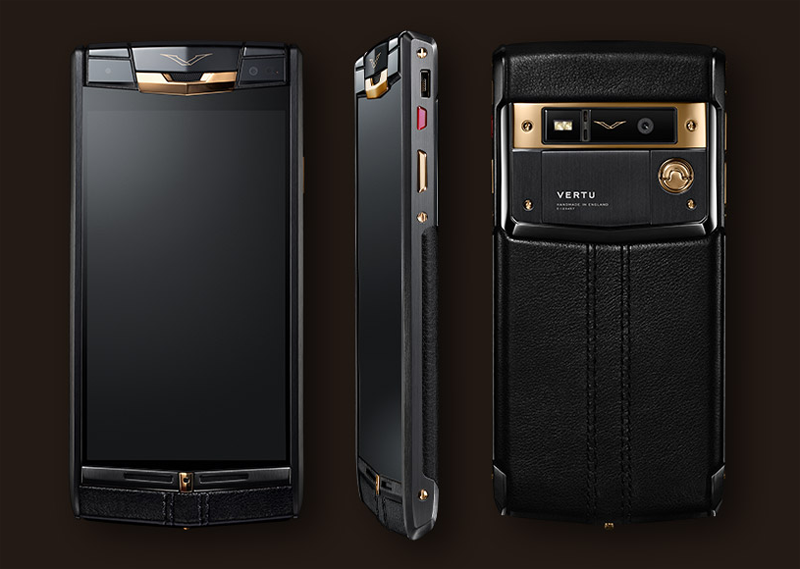 What would a half a million Peso smartphone look like? Luxury smartphone maker Vertu has the Signature Touch as the answer.

Unlike its previous luxury smartphone, Vertu Signature Touch has high end specs inside a body made out of premium metals and leather. It also has the usual Vertu services like Vertu Concierge and Certainty.

The Vertu Signature Touch has a Titanium alloy body with calf leather skin or some other exotic leather like crocodile or lizard. This makes it thicker than current flagship phones but gives an authentic luxurious effect compared to the faux leather of Samsung Galaxy Note 3.

It also has a 4.7-inch screen with full HD resolution and a layer of sapphire glass that makes it virtually scratch proof.

Inside the Vertu Signature Touch, a Qualcomm Snapdragon 800 makes it work smoothly with 2GB of RAM, Adreno 330 graphics processor and an Android 4.4 Kitkat operating system.

Some say that the decision to go with Android makes the Vertu Signature Touch less luxurious. However, the few glimpses of the UI shows a skinned Android Kitkat with good looking widgets and theme.

The main camera of Vertu Signature Touch has been tuned by Hasselblad – the same company that made the Apollo 11 cameras. Its speakers also benefit from the work of Bang and Olufsen – an audio company in Denmark.

Vertu Signature Touch is obviously aimed at the rich which is why its worldwide LTE connectivity is perfect for travelling CEO’s. It can also connect to iPass Wi-Fi hotspots anywhere in the world.

All Vertu Signature Touch owners will gain access to Vertu services like Vertu Certainty that allows remote access for troubleshooting, Vertu Life which gives access to exclusive events like the Cannes Film Festival and Vertu Concierge which assigns a dedicated 24-hour assistant to fulfill requests through a call, text or SMS.

Each unit is hand made by an English craftsman with his or her signature engraved inside the back cover of the Vertu Signature Touch.

Despite all of these, the Vertu Signature Touch is still very, very expensive. Are you someone who can afford it? If so, contact the Vertu Boutique at the Shangri-La Plaza for its availability.