The realme 7 Pro smartphone comes with several interesting features such as 65W of ultra-fast charging technology, a Super AMOLED display, and stereo loudspeakers.

However, it doesn’t have the 90Hz display, dual selfie cameras, and striking lightning bolt design in its predecessor, the realme 6 Pro. I used the device for one month as my main smartphone and this is my full review… 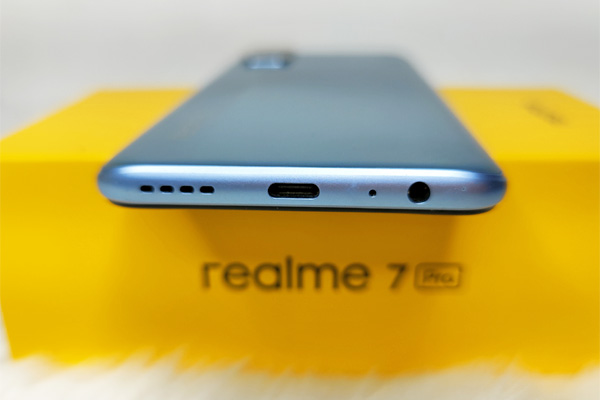 Bottom ports of the realme 7 Pro.

The realme 7 Pro has a more subtle design compared to the lightning bolt back cover design of the realme 6 Pro. It has a two-toned back cover with a slightly matte texture that doesn’t attract a lot of fingerprint smudges.

Its button layout and overall design is classic realme blueprint. The power button with a yellow accent line is on the right side of the phone; its volume buttons and SIM card tray are on the left; and a 3.5mm audio jack, USB Type-C port, and loudspeaker grille are at the bottom.

The device is more compact than the company’s previous smartphones. There are no creaks nor loose parts. It feels sturdy and well-built after weeks of daily use. 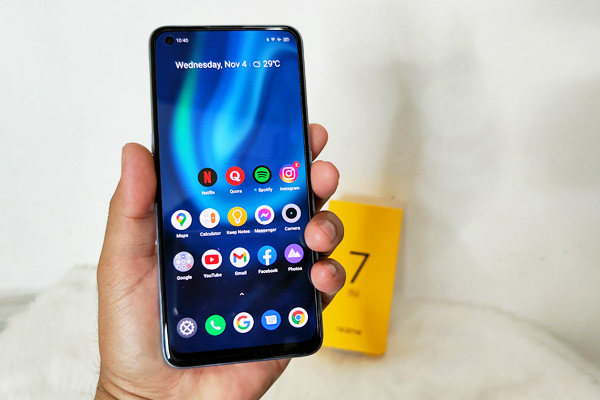 The home screen of the realme 7 Pro.

On the front of the realme 7 Pro is its 6.4-inch FHD+ Super AMOLED display. This is definitely better than an IPS LCD in terms of color vibrancy, brightness, and overall picture quality.

It’s bright enough for outdoor use but not as bright as the AMOLED panels of flagship smartphones. It also lacks the 90Hz screen refresh rate of the realme 6 Pro, realme 7, or even the realme 7i.

Nevertheless, it provides a good experience for social media browsing and watching videos. Moreover, you won’t really notice the difference in refresh rate unless you’ve been using a high refresh rate smartphone before switching to the realme 7 Pro. 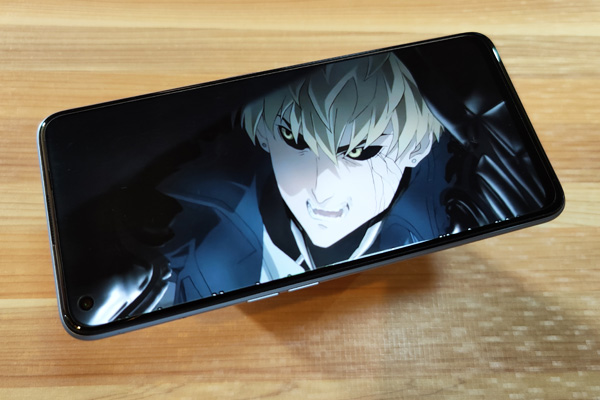 Watching videos and playing games on the device is even more enjoyable thanks to its stereo speaker setup. It makes a whole lot of difference in the overall experience.

The earpiece is loud enough as a stereo pair with the bottom-firing loudspeaker. It also retains a 3.5mm audio jack for plugging-in classic earphones and headphones.

Most pictures will be produced by the 64MP rear camera at 16MP resolution. It uses a Sony IMX682 image sensor and promises great picture quality. 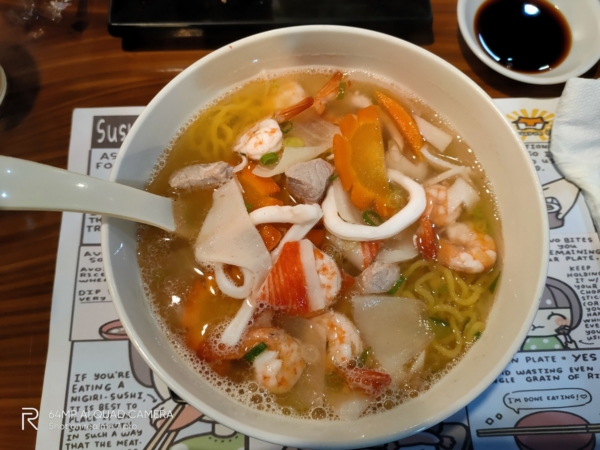 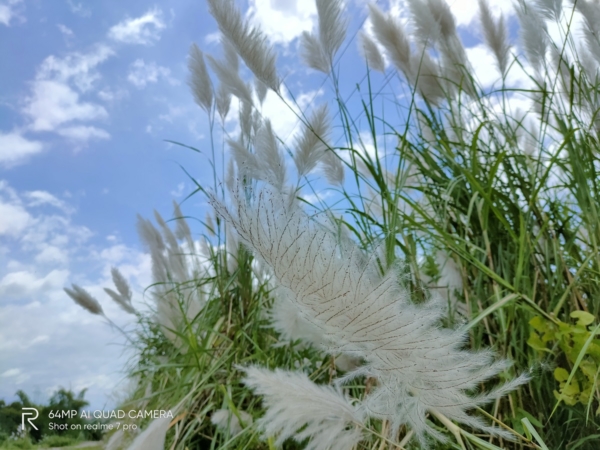 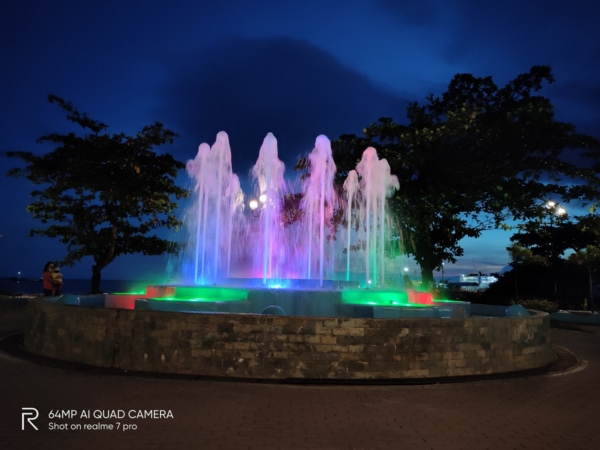 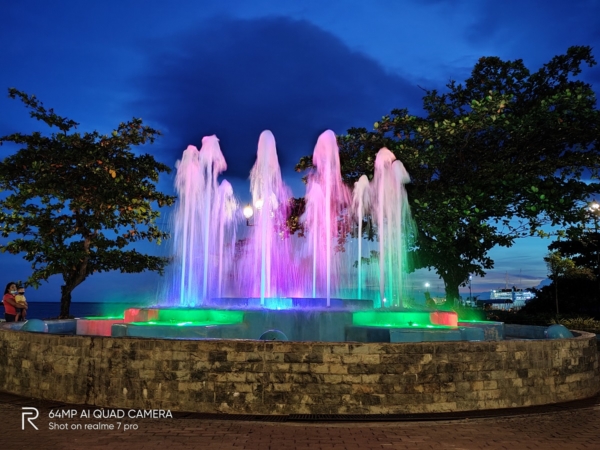 Its ultra-wide camera isn’t as sharp as the main lens but it gets the job done of fitting a bigger scene or more subjects in the frame. However, the lack of a dedicated telephoto lens limits the device to 10x digital zoom. 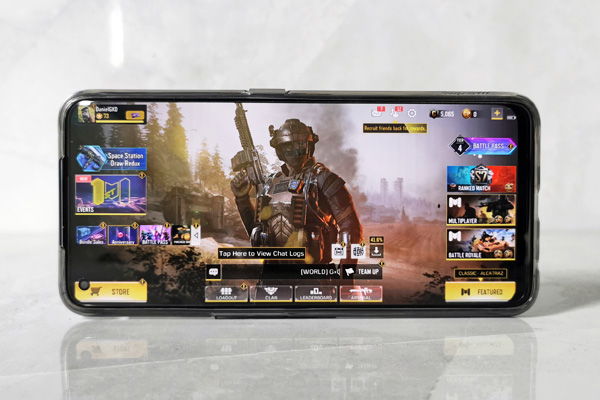 Call of Duty Mobile on the realme 7 Pro.

The realme 7 Pro uses a Qualcomm Snapdragon 720G chipset coupled with 8GB of RAM. It also runs on an Android 10-based realme UI software.

It can compute 1 million digits of π using the RealPi Benchmark in 2 minutes and 29 seconds. That is around 5% faster than the realme 6 Pro and almost 40% faster than the Huawei Y9s. This test only measures CPU performance.

For a more complete picture of the realme 7 Pro’s overall performance, I played several of the most popular mobile games and measured the average frame rate. These include the new LOL WildRift, PUBG Mobile, Call of Duty, and NBA 2K20.

The realme 7 Pro performed smoothly, as expected, with most of the games. I enjoyed playing the new Alcatraz Battle Royale on Call of Duty Mobile as well as several PUBG Mobile sessions.

However, the crux of its gaming performance is the lack of HFR mode in Mobile Legends: Bang Bang. Its hardware can certainly handle the feature but it will take a couple of months for the feature to be enabled.

The realme 7 Pro is a dual-SIM smartphone with 4G LTE connectivity. It can provide fast mobile internet speeds in areas with decent 4G coverage.

However, realme should start considering 5G connectivity for its future smartphones as Philippine telcos continue to expand 5G coverage in the country.

Meanwhile, the realme 7 Pro uses an under-display fingerprint scanner. It’s a treat to experience this feature in a mid-range smartphone but it’s not as fast as the brand’s rear-mounted fingerprint sensors though. 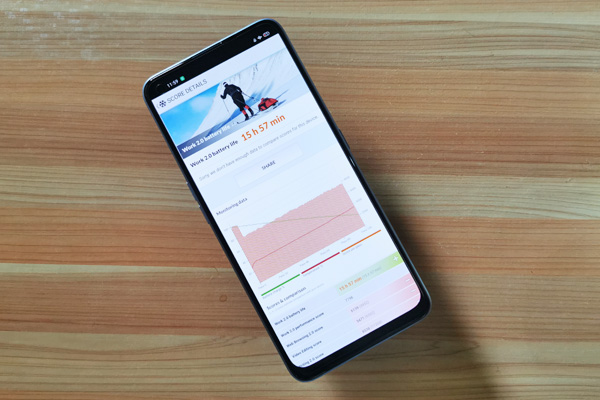 A 4,500mAh battery powers the realme 7 Pro and it usually lasts more than a day on my usual usage and almost a whole day on heavier usage. It scored 15 hours and 57 minutes on the PCMark Battery Life Test 2.0.

According to realme, re-charging the realme 7 Pro from 0% to 100% battery capacity should take 34 minutes only thanks to its ultra-fast 65W charging rate. They call it SuperDart Charge and comes with a special charging brick.

In my experience, it takes slightly longer than that — around 40 minutes even when the phone is turned off while charging. That’s still impressive and allows you to fully recharge the phone in the morning before heading to work. 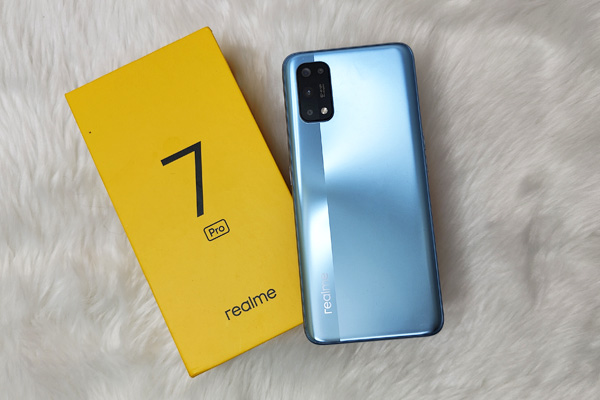 The realme 7 Pro and its box.

The realme 7 Pro is a more well-rounded mid-range smartphone from realme. It doesn’t focus too much on one feature such as gaming which usually leaves sacrifices in other aspects of a smartphone.

It has a mature design language, capable cameras, good performance, decent battery life, and provides an excellent overall smartphone experience. However, the company might have trimmed too much such as the extra cameras and high screen refresh rate. 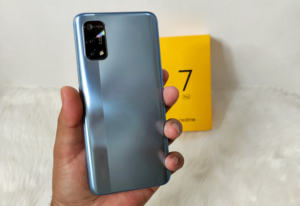 The realme 7 Pro is a more well-rounded smartphone than its predecessor but it might have trimmed more fan-favorite features.