BY Daniel Gubalane ON Dec 28, 2017
Meet the Cloudfone Next Infinity Quattro!

With its many interesting features, the Cloudfone Next Infinity Quattro is probably the most feature-packed smartphone from a Philippine brand in 2017.

However, its main competitors are the midrange handsets from Chinese players such as the Huawei Nova 2i and OPPO F5. Does it hold up against the competition? Let’s find out!

Upon unboxing the Cloudfone Next Infinity Quattro, I immediately felt its heft and solid build thanks to the metallic body and a large battery underneath. Back of the Cloudfone Next Infinity Quattro.

The phone’s bezels are trimmed down to 3mm on the sides and 10mm on the top and bottom. The metal back plate curves around on all sides adding an extra millimeter of bezel. It feels bigger than its competitors but still comfortable to use with one hand.

The dual cameras on the front and dual cameras at the back are striking features that you can definitely brag about with your friends. There’s also an LED notification light beside the main front camera. View of the dual rear cameras.

Its volume and power buttons are found on the right side with the latter having grooves for ergonomics. The loudspeaker, microUSB port and 3.5mm audio jack are all lined up at the bottom while the SIM card tray is on the left side.

The Cloudfone Next Infinity Quattro has a 6 inch IPS LCD display with an 18:9 aspect ratio and 720 x 1440 pixels resolution. It also has subtle curves around its edges.

Despite not having a full HD resolution, texts and graphics are still clear and sharp. It’s also fairly bright and remains visible even under direct sunlight at noon.

It supports up to five simultaneous touch inputs and responds well to swipes and touches. There’s also an option to make the display look warmer or cooler depending on your preference.

However, most apps are not automatically set to take up the entire display due to the new aspect ratio. You’ll have to manually toggle a switch for each app installed in Settings > Display > Full screen mode. CPU performance of the Cloudfone Next Infinity Quattro under intense load.

The Cloudfone Next Infinity Quattro is powered by the MediaTek Helio P25 chipset. It has an octa core CPU with a maximum speed of 2.6GHz, a Mali-T880 graphics processor and 4GB of RAM.

Casual games such as Wordscapes and Badminton League run perfectly smooth and switching between these games and other apps is virtually lag free.

It scored an average of 65,500 points on Antutu Benchmark – well within the range of its competitors.

Its CPU is also pretty stable according to a CPU Stress Test. It maintained an above 86% CPU performance under intense load for a test duration of 15 minutes. 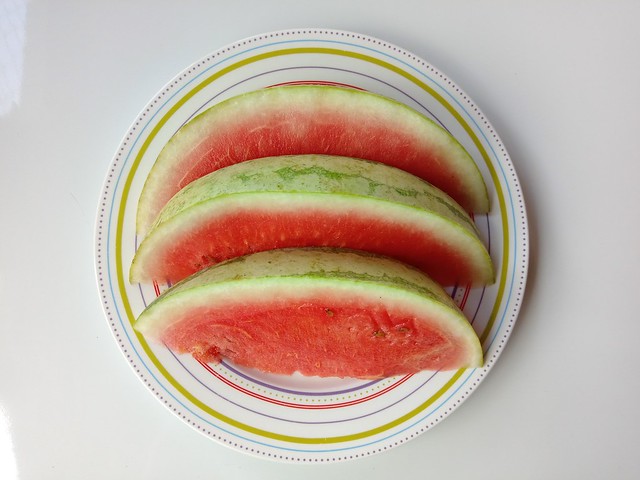 Most pictures shot with the rear cameras are good quality. Sharpness is on point, colors look natural and dynamic range is acceptable. Its auto mode almost always result in a nice shot but a Professional mode is also available for more options.

Enabling the bokeh feature creates a nicely blurred background with bokeh for lights. It works well for solid subjects but just like most dual camera systems, it has a problem with edge detection especially with hair and fur.

I prefer using the dual rear camera feature for its zoom function. There’s little difference in quality in zoomed in photos but since the subject appears bigger, it makes the photo look better.

Night time pictures look decent if the lighting is bright enough. However, photos tend to look grainy in a dim environment. Thankfully, the bright LED flash improves the photo quality. 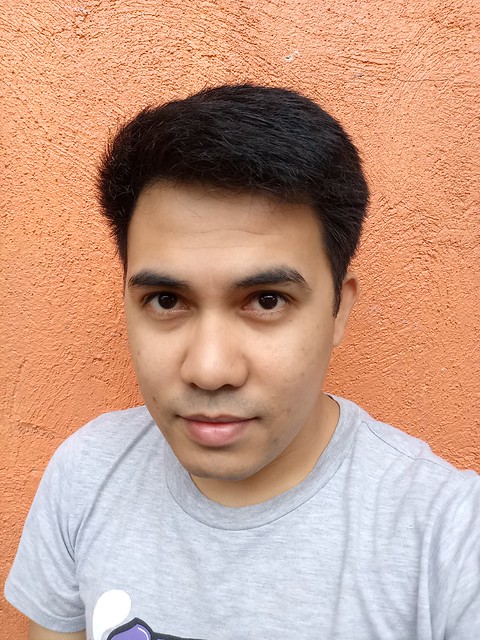 The second half of the phone’s quad camera system is found on the front. There’s a 20 + 8 Megapixel dual front camera system with its own LED flash!

Selfies look clear and crisp when shot on auto mode. A slight tint and increase in brightness are automatically applied to improve skin tone. However, it has a problem with dynamic range. That means a bright background will be washed out in your selfies.

There’s also a bokeh feature for the front cameras but it just renders a circular blur around the subject. I hope Cloudfone can issue a software update to improve this.

On the other hand, I’m happy with the wide angle selfie camera. It fits a crowd in a single selfie and the photo quality is still high. The Cloudfone Next Infinity Quattro runs on Android 7.0 Nougat out of the box. However, it has several customizations. One is the shortcuts that are accessible by swiping from the bottom instead of the top. This suits the ergonomics of a tall display and I’m happy that the company didn’t make it look like the iOS control center.

It has no app drawer by default but this can be enabled by adding a widget called all apps. Themes can also be applied via the Theme Park app.

Cloudfone pre-installed its own app store, Opera Mini, Spotify and Lazada. It also includes some software features such as split screen, beautified video and a dedicated selfies album.

Mobile data connectivity through 4G networks has decent speeds. I relied on its hotspot function for my internet connection for several days. It easily drops down to 3G though when I’m not in the city and the signal isn’t as strong.

The device supports USB OTG but it’s turned off by default. You’ll have to turn it on to access files in a flash drive or make it act as a power bank. Nice looking earphones of the Cloudfone Next Infinity Quattro.

I was pleasantly surprised with the free earphones included in the box of the Cloudfone Next Infinity Quattro. It doesn’t just look cool, it also sounds good. I had a great time listening to music using the free earphones through the pre-installed Spotify app.

There’s a single bottom firing loudspeaker and it has a decent quality too. It’s enough for placing calls on loudspeaker as well as when watching videos.

Speaking of watching videos, it can play 1080p videos smoothly with no stutters nor dropped frames. The only issue is with its aspect ratio. Most YouTube videos have black bars on the sides when in landscape mode but downloaded movies are more suited with the 18:9 aspect ratio.

The fingerprint sensor of the Cloudfone Next Infinity Quattro is fast and reliable. It can also be set to open a private version of the Messaging app, File Explorer and Gallery – perfect if you have secret conversations and files.

Aside from the usual sensors like accelerometer and proximity, the device also has a gyroscope. This is useful for AR and VR apps. I had fun playing Pokemon Go to test its AR compatibility. The Cloudfone Next Infinity Quattro has an impressive battery life. It can easily last an entire work day even with my heavy usage. This usually involves calls, texts, browsing social media, reading the news, watching YouTube videos and playing an occasional game – all while mobile data is turned on.

It can also survive up to two days on a single charge when used lightly. There’s a Power saving mode than can extend the battery life by several hours. An Extreme mode is also available that will turn a 30% battery life to a whopping 3 days of standby time by enabling a few apps only.

It scored 7 hours and 15 minutes in our standard Selfie Battery Test while charging time is around 2 hours and 20 minutes using the bundled charger. It’s a good choice if you’re looking for a midrange smartphone than can run games smoothly, has a modern design and take good pictures. You’ll also be supporting a Philippine brand instead of a foreign one.

Yes, the phone has some issues but most are software related and can be fixed by a software update. I commend Cloudfone for releasing this smartphone when other local brands have crumbled in the face of a tough competition. 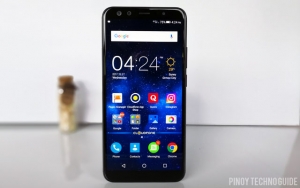 It delivers good camera quality, stable CPU performance and a solid design for a lot less than the competition.

Daniel Gubalane is a tech enthusiast who organizes smartphone specs sheets and reviews the latest smartphones and wearable devices. Follow me on IG @pinoytechnoguide.