BY Daniel Gubalane ON Jan 22, 2021
Meet the Huawei Freebuds Pro!

Yet, the best feature of these True Wireless Stereo (TWS) earphones is its Active Noise Cancellation (ANC) technology. It combines a 3-mic system, a bone voice sensor, an anti-wind noise design, and clever ambient sound recognition for a “redefined noise cancellation”. 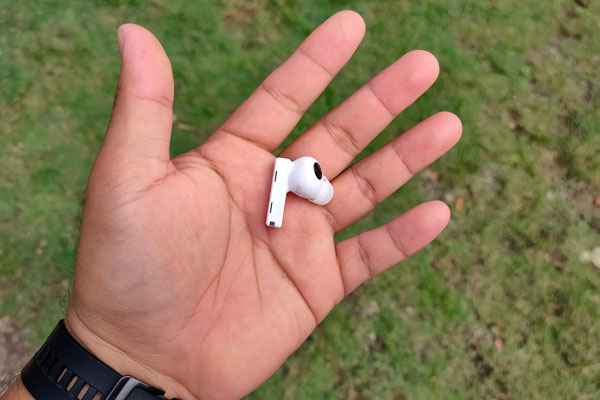 A single earphone of the Huawei Freebuds Pro.

Out of the box, the Huawei Freebuds Pro only relies on its design including the silicone tips to provide “passive” noise cancellation.

The aforementioned ANC technology only activates when the stem of the earphone is pinched. If you’re in a noisy environment while doing this, it will seem like the surrounding sounds are suddenly turned off.

The Huawei Freebuds Pro supports the pop-up and pair function.

Using its 3-mic system, the Huawei Freebuds Pro will then determine the type of ambient sounds and switch the ANC mode to the best option. There are three ANC modes offered by the device – general, ultra, and cozy.

Ultra Mode is enabled when the ambient noise is very loud such as when the user is traveling. Meanwhile, Cozy Mode can deal better with occasional noises like flipping pages and occasional conversations. The earphones and charging case of the Huawei Freebuds Pro.

The switch is automatically accomplished by the device but it can also be manually set using the Huawei AI Life app. It’s available for download from the Huawei AppGallery.

Aside from Active Noise Cancellation, the Huawei Freebuds Pro also has an Awareness Mode which makes human voices stand out while still keeping ambient noise to a minimum. It’s useful when waiting for boarding announcements in airports. 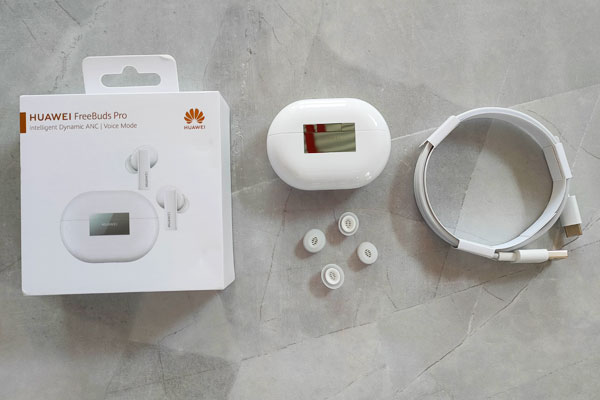 It can be enabled by another pinch on the stem of the earphones. Hence, the controls cycle from Off to Noise Cancelling to Awareness Mode.

For the other features of the device, head on over to our Huawei Freebuds Pro review.