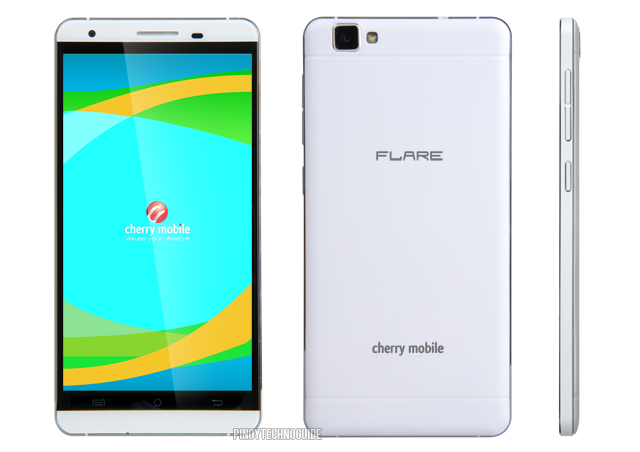 Cherry Mobile launched three new Flare smartphones on Friday, October 9, 2015. The biggest and most powerful of them is the Cherry Mobile Flare S4 Plus.

It’s a premium product from the company flaunting a 5.5-inch full HD display; enclosed in a metallic frame with chamfered edges; and powered by some beefy specs.

The Cherry Mobile Flare S4 Plus doesn’t just have a large display with a high resolution, it also employs One Glass Solution technology and covered by a layer of DragonTrail glass for protection against scratches.

It comes with Android 5.1 Lollipop out of the box giving it a smooth user interface. Furthermore, an octa core processor from MediaTek coupled with 3GB of RAM should give the phone a great performance.

For photography, the phone has a 16 Megapixel camera at the back and an 8 Megapixel front snapper. Both are equipped with Backside Illuminated image sensors.

As usual, the Cherry Mobile Flare S4 Plus is a dual SIM smartphone. However, the second SIMs lot is shared with the microSD. It can connect to 4G LTE networks though.

There’s 16GB of built-in storage, a 2,800mAh non-removable battery for power and support for USB OTG. It’s also worth noting that its loudspeakers are downward facing just like iPhones.

Its official suggested retail price is ₱7,999.00 and will become available by the end of October in white and gold color options.