Dito Telecommunity Corporation is the New Name of Mislatel Consortium

Right after receiving its Certificate of Public Convenience, the Mislatel Consortium was renamed as Dito Telecommunity Corporation.

Hence, we will soon refer to the users of the third major telco in the Philippines as Dito Telecommunity subscribers. No official reason was given for the name change but it seems like an effort to give it a national appeal instead of the regional sounding name of Mindanao Islamic Telephone Company. 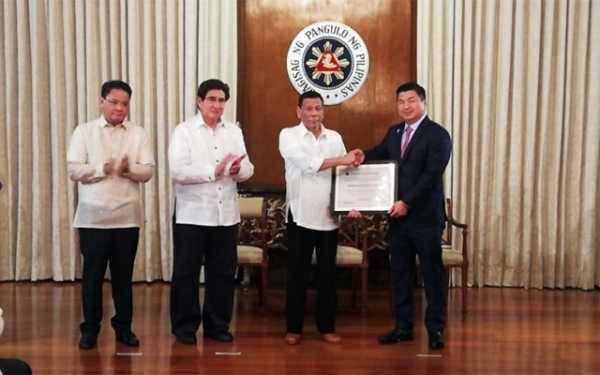 Dennis Uy of Mislatel/Dito Telecommunity receives the Certificate of Public Convenience and Necessity from President Duterte.

There’s no change in the composition of the consortium. It’s still composed of the Udenna Corporation, Chelsea Logistics, and China Telecommunications Corporation.

Dito Telecommunity will start accepting users for a pilot testing program before the end of the year. It plans to start official operation in early 2020. 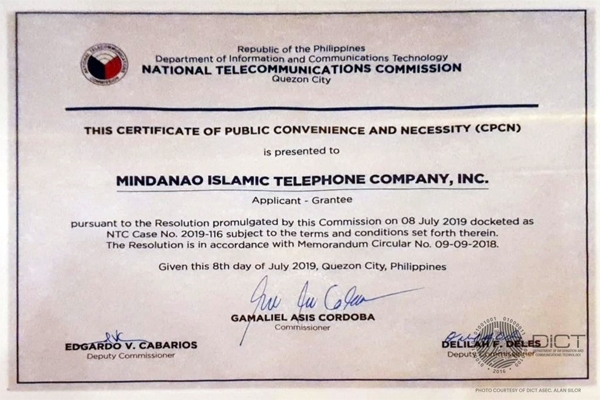 They are targeting to offer 4G LTE services with mobile internet speeds of 27 Mbps in its first year of operation and up to 55 Mbps in five years. This is with around 84% of coverage throughout the Philippines.

2G and 3G networks won’t be included in Dito Telecommunity’s services though.