This year’s new version of Android finally got its official name: Android 9 Pie! 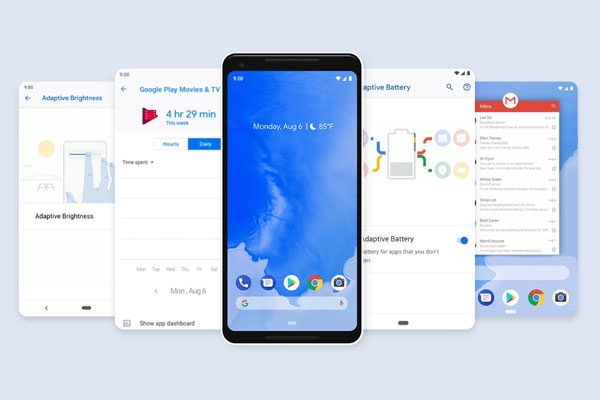 Android 9 Pie leverages Google’s advances in machine learning and AI to make automatic adjustments on screen brightness. This time, it doesn’t just depend on the amount of ambient light but also on the activity and user’s preferences.

Meanwhile, Adaptive Battery helps conserve battery power by limiting the power consumption of apps that are not used often. Again, AI is used to determine which apps should be subjected to adaptive battery.

Other AI features that come with Android 9 Pie are App Actions and Slices. App actions are clickable buttons that appear on the screen during a specific time or when a peripheral is connected.

For example, a button to call someone or play a Spotify playlist will appear when a headphone is plugged in.

On the other hand, Slices are app functions that appear directly when searching on Google Search. It’s an attempt to lessen the number of clicks a user has to make to get what they want.

Android 9 Pie has a new navigation system. Instead of the usual home, back and recent button, it now has a single home button that looks more like a bar.

Here are some of the gestures and their corresponding actions:

A back button also appears whenever there’s a need to go back to a previous screen while navigating.

Smart Text Selection adds options when a word or phrase is highlighted based on its meaning. In addition to Copy and Cut, an option to search for reviews might appear when a movie title is highlighted.

The Dashboard shows the amount of time spent of different apps as well as the number of unlocks made and notifications received. Time limits for individual apps can then be set in App Timer. Lastly, Wind Down turns on Night Light and Do Not Disturb Mode in a set time.