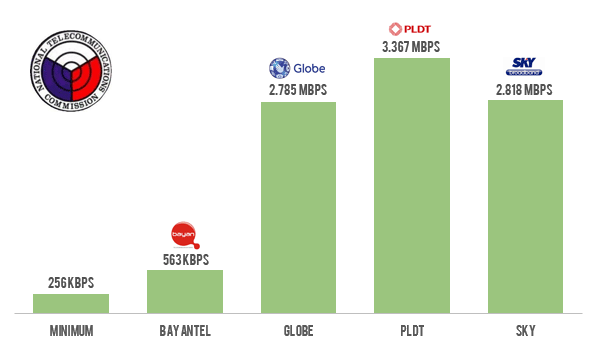 On September 18, 2015, the National Telecommunications Commission (NTC) conducted the first ever official speed testing for the different Internet Service Providers (ISP) in the country.

PLDT passed the test, Globe and Sky were a bit below their promised speed while Bayantel failed. The test involved DSL services that these companies claimed to have speeds of 2Mbps to 3Mbps.

Bayantel was quick to respond and said, “there is reason to believe that it may not present an accurate reading of our service to our customers.” They are hopeful that future speed tests will show better results.

The test was conducted in different locations within Metro Manila and lasted about a week. The commission used JDSU Handheld Service Testers.

In the coming days, NTC will conduct additional tests in locations. Some will be known to the telcos while others will not. While the law requires a minimum speed of 256Kbps only, the commission will test whether the ISPs reach the speed that they advertise.

Testing for mobile internet speed will also be done in the coming weeks too!

Do you think the above results reflect the true speed of your internet connection? If not, share your thoughts in the comments.