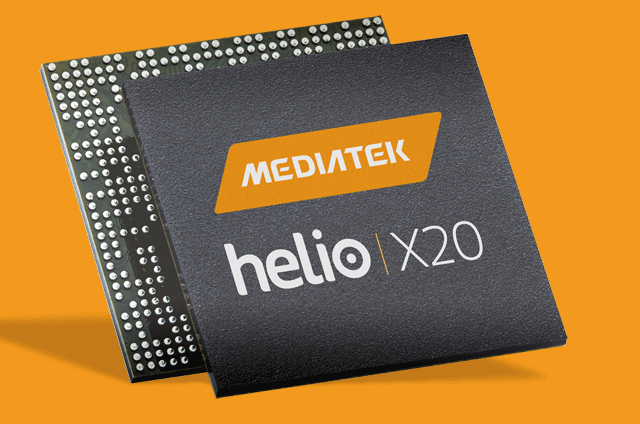 Based on the processes in a device, the Helio X20 switches to any of the three clusters that’s best suited to the task. Playing a hard core game? The 2.5GHz Cortex-A72 cores will handle that. Just making a call? It will step down to the 1.4GHz quad core cluster.

MediaTek boasts that its Tri-Cluster design is better than the dual cluster big.LITTLE architecture used by current chipsets since it adds the mid-cluster that finds the balance between performance and power saving.

The MediaTek Helio X20 also comes with support for up to 32MP cameras or dual 13MP + 13MP camera with 3D.

A low power Cortex-M4 sensor hub is also integrated in the Helio X20. It allows a smartphone using the chipset to play MP3 files without consuming a lot of battery power.

It supports dual band Wi-Fi and 4G LTE Cat. 6 for connectivity. Meanwhile, its GPU will come from the Mali T800 series. There are two slots for RAM both LPDDR3 running at 933MHz.

The first devices to use the MediaTek Helio X20 will be announced in a few months. Of course, these will be flagship smartphones.