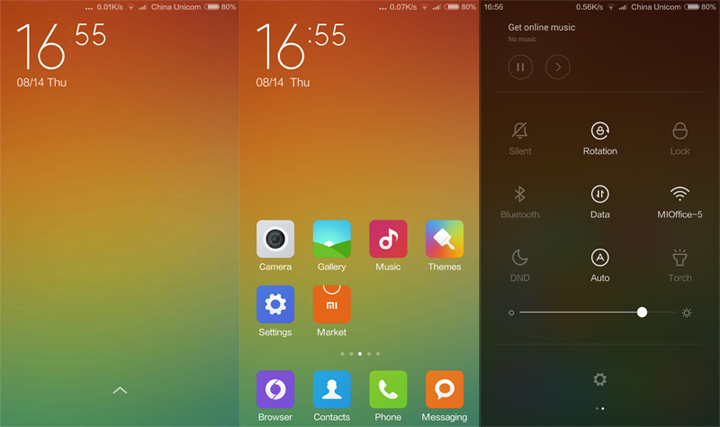 As part of their 4th anniversary celebration, Xiaomi launched MIUI V6. It’s the 6th iteration of its custom ROM that users around the world have fallen in love with.

Here are some screenshots of the MIUI V6: MIUI V6 features a redesign interface with cleaner layout and simpler icons. It follows the ‘Content is Essence’ philosophy. Notifications, icons and widgets can also be managed more easily on the MIUI V6.

Aside from the changes in appearance, MIUI V6 also employed new Linux kernel and RAM performance improvement techniques. This makes it smoother without eating too much RAM.

Clean Master has been embedded with MIUI V6 for managing running applications. You don’t have to download this app from the Playstore anymore. MIUI V6 now has power-saving modes that you can turn on to extend battery life. It also has new security tools to protect your smartphone running on MIUI V6 from malicious apps or viruses.

There are also changes in the camera app, dial pad and email. All these changes do justice to the “Visually Stunning, Stunningly Simple” tagline of the MIUI V6.

MIUI V6 will be first used by 1,000 beta testers while the developer version will be open to the public by September 2014 and the final upgrade will be on October 2014.