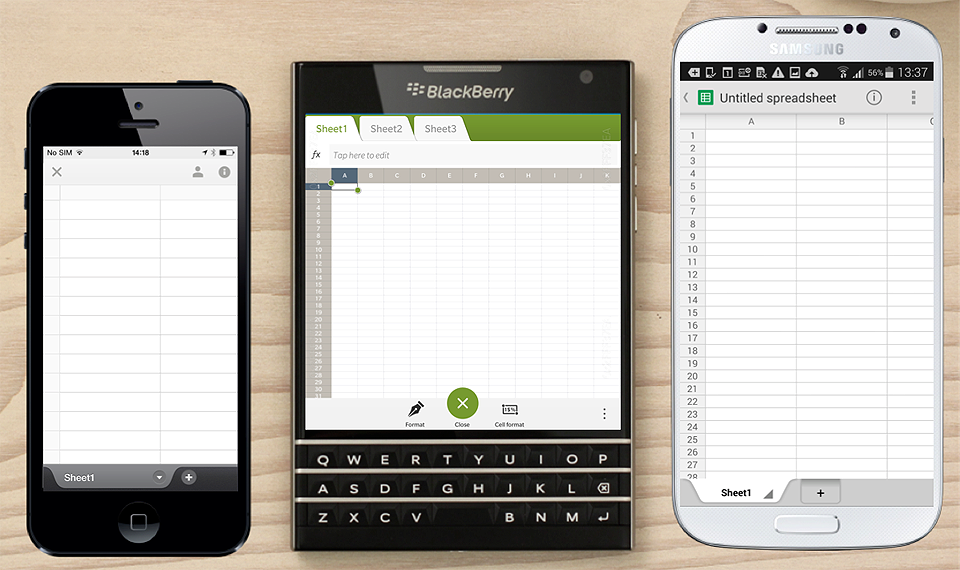 Blackberry Passport vs iPhone vs Samsung

Blackberry is trying to win back professionals from Apple’s iPhones by introducing the Blackberry Passport.

It’s a 4.5-inch smartphone powered by Blackberry 10.1 OS with a square display and touch enabled qwerty keyboard. It will also be powered by a Snapdragon 800 processor with 4G LTE connectivity!

The square display of Blackberry Passport comes with 1400 x 1400 pixels adding up to around 453 pixels per inch! This makes a very stunning display with a shape that unleashes the productivity power of Blackberry.

As Coco Currinder puts it, “It’s not the traditional screen. You want to type.” This makes the Blackberry Passport perfect for professionals who need to create content on their smartphone.

However, there are a lot of issues with the square display. Most notably, watching movies won’t be a very good experience because most movies are using the 16:9 aspect ratio.

That’s why Blackberry listed said that the square display provides better reading experience with the optimal 66 characters per line based on academic topology. It also allows users to create more content without sacrificing screen real estate.

The Blackberry Passport is yet to be formally launched by September 2014. It is expected to come with 32GB of onboard storage, 3GB of RAM and a non-removable 3,450mAh battery.