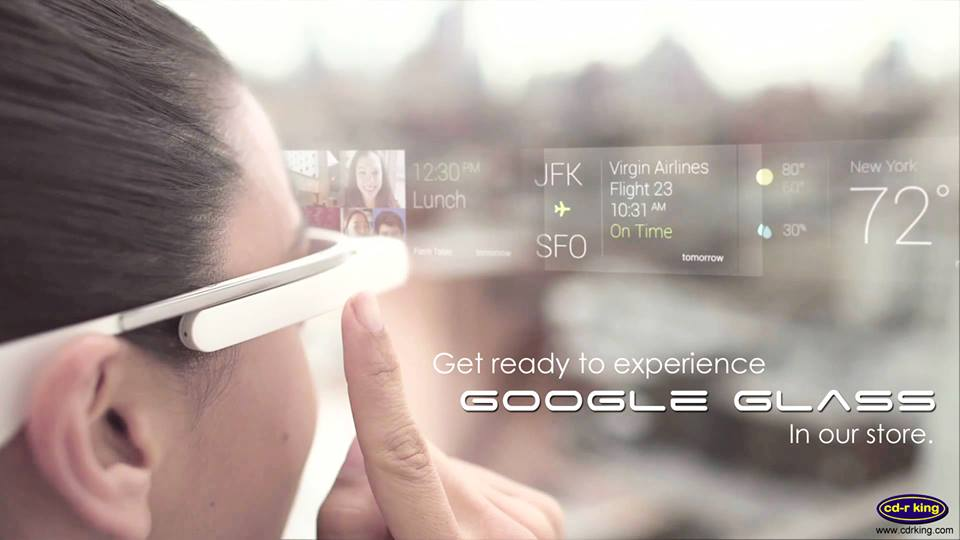 CD-R King posted a shocking photo on its Facebook Page saying that Google’s futuristic eyewear is coming to its stores.

“See things like you’ve never seen before. Look out for Google Glass at a CD-R King store! A stylish and classy way to see your screen. Google on the Go!”

If we look closely at the photo though, CD-R King might just let customers try on Google Glass but not sell one. They might ask for a fee in exchange of a few minutes wearing the device.

However, we can’t rule out the chance that the company has created its own version of Google Glass. That makes sense given their current range of products.

CD-R King issued an update that the post about Google Glass was just an error.

Notice: An article relating to Google Glass was erroneously posted in CD-R King’s Facebook page. The public is notified that Google is not in any way associated with CD-R King. CD-R King is not licensed or authorized to represent Google, to use any of its marks, or to sell any of its products, including Google Glass. CD-R King regrets any inconvenience or misinformation that may have been caused.

The statement caused excited Pinoys to be dismayed. Are you one of them?